How do One-Time passwords work?

One-time passwords (OTP) are short sequences of numbers that authenticate user for a single login. They are often used as an additional layer of security when the 2-factor authorisation is enabled.

A picture is worth a thousand words, here’s what I’m talking about: 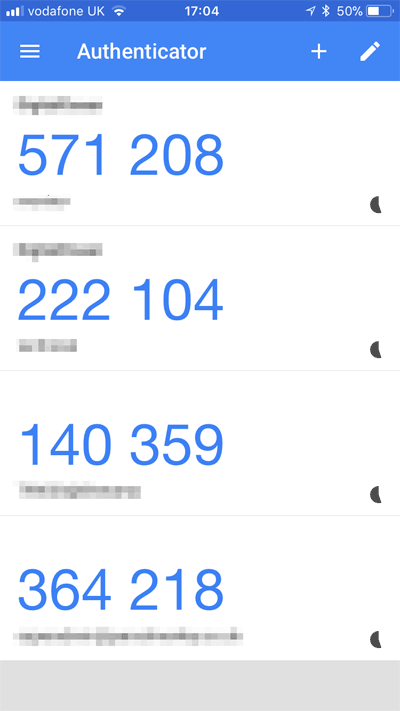 How are these numbers generated and can we reproduce them?

Let’s take Google’s 2-factor authorization as an example. It all starts with telling the authenticator app the secret key from your account. It is what you get when you scan the QR code during the 2FA setup for your Google account. And luckily there is an option for those who don’t have a QR reader:

This should reveal the secret key used for your account OTP generator. Keep it secret.

If you wonder, the QR there contains a special link, such as otpauth-migration://offline?data=.... Data parameter is a base64-encoded Protobuf message, containing the hashing algorithm (SHA1/256/512 or MD5), number of digits in the OTP (six or eight), OTP type (time-based or HMAC-based), and the actual secret bytes.

We wouldn’t bother with deciphering protobuf here, instead we would just copy the plain text secret that Google offers when you choose “Can’t scan it”. Further on I will be referring to is as $SECRET environment variable.

HMAC-based one-time passwords are documented in RFC 4226. The algorithm takes as an input:

The algorithm itself does the following three steps. It generates a HMAC-SHA-1 value, where secret is the key and counter is the message to be hashed using the key. Then it truncates the 20-byte hash string to a shorter value.

The truncation is rather uncomplicated, the last byte from the 20-byte string is taken, the lower 4 bits are considered the “offset”. This makes the offset to be always in the range from 0 to 15.

Then, the sequential 4 bytes starting from the offset are taken and converted into the 32-bit integer. Finally, the integer is printed as decimal, stripped down to the 6 digits, and that is the requested OTP.

Here’s an example from the RFC to make it clear:

Not that complicated, huh?

The RFC that describes one-time passwords is very brief. It only mentions that the counter value from the HOTP algorithm above would be the time difference between “now” and some fixed start point (usually 1 Jan 1970), divided by some fixed time interval (often: 30 seconds).

The rest is handled by the algorithm above.

Knowing this, we can finally implement time-based OTP (here the code is in Go, but you may use the language of your choice):

That’s just 16 lines of code! If you call totp() function passing it your secret key – you should get a 6-digit number that matches the one in the Google Authenticator:

Now you can use this little utility to get one-time passwords quickly without reaching for the phone.